Samsung isn’t expected to release its S21 series until February but the first details about the phones are already coming in. Earlier this month we saw a post about the S21 and S21+ batteries and now we have more details for the former as its was spotted in a Safety Korea listing bearing the same EB-BG996ABY model number. 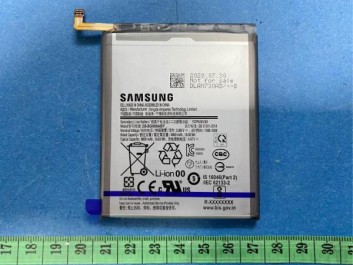 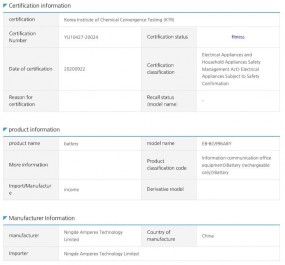 We also have a picture of the actual cell this time which reveals a typical capacity of 4,800 mAh. Previously we knew the 4,660 mAh rated capacity from 3C certification. The new listing also confirms Chinese manufacturer Ningde Amperex Technology will provide the batteries for the upcoming Galaxy S-series phones.

Source (in Korean) | Via