LG’s most exciting smartphone in quite a while (at least design-wise) is getting official on May 7. The Velvet should be the first in a line of upper mid-range devices that are meant to replace the now-defunct G series.

LG has been teasing bits and pieces about the phone already, including the fact that it will have the Snapdragon 765 chipset at the helm, but now it’s time for a good ‘ol full specs leak. These cover everything aside from the screen details, weirdly enough. 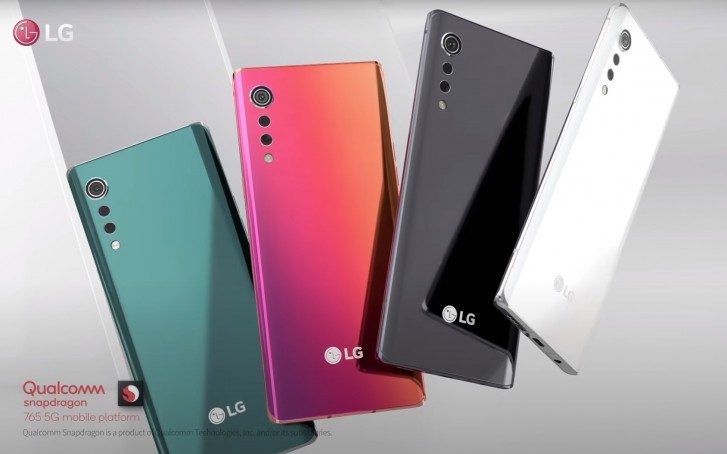 Anyway, let’s sift through what we have. The Velvet is said to sport a 48 MP main rear camera with OIS, an 8 MP ultrawide, and a 5 MP depth sensor. The main sensor is rumored to be the Samsung ISOCELL Bright GM2. On the other side, tucked into the waterdrop notch will be a 16 MP selfie shooter. The Velvet also has an in-display fingerprint scanner.

The phone will have 8GB of RAM and 128GB of storage, expandable through microSD. Stereo speakers are built-in, and the Velvet has IP68 rating for water and dust resistance, as well as a MIL-STD rating for withstanding exposure to elements. Its dimensions are 167.1 x 74 x 7.85 mm, and it weighs 180g.

The 4,300 mAh battery supports fast wired charging as well as wireless charging. The Velvet will be offered in Korea in Aurora White, Aurora Green, Aurora Gray, and Illusion Sunset. It will retail in its home market for KRW 899,800, which right now translates into approximately $730 or €675. That said, don’t be surprised if the Velvet gets a $699 price in the US, and around €700 to €800 in the EU. The phone should be in stores in mid-May.