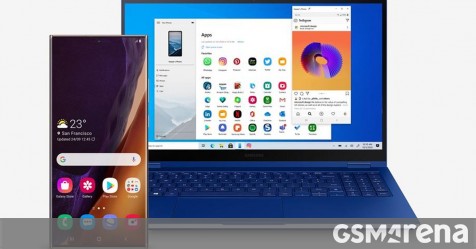 The Apps feature of Microsoft’s Your Phone app is graduating from the Insider program – soon it will be available to everyone who owns a supported phone. This feature allows you to run Android apps in individual windows on your Windows 10 PC (previously you had to rely on screen mirroring).

The updated Your Phone app is rolling out now (note that it may take up to 48 hours to reach you). Once installed, you’ll see an Apps tab on the left and a full list of apps from your phone to the right. Click one and it will pop up as if it’s a native app on your PC. You can even pin it to the Windows task bar easy access.

Note that for now you can run only one app at a time, but Microsoft is working on a way to run multiple apps simultaneously (as seen in the video above). This is coming later this year.

Unfortunately, the Apps feature only works with select Samsung phones (recent flagships and the A-series) plus the Microsoft Surface Duo. You can find the list of compatible devices here, look under “Link to Windows”.