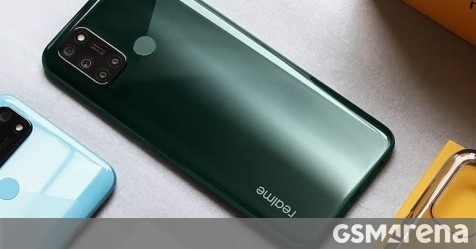 In the beginning of September the Realme X7 and Realme X7 Pro debuted in China, and two days later the company also brought the Realme 7 and Realme 7 Pro in India. Now, a new device called Realme 7i is expected to join the midrange lineup.

The phone will be introduced in Indonesia with Snapdragon 662 chipset, and those that want to know more about its hardware can tun in to the livestream, scheduled to begin at 6:00 AM UTC or 13:00 WIB.

The Realme 7i has the overall looks of a Realme 7 smartphone – four cameras in an L-formation on the back, a punch hole on the front, big screen with slim bezels. However, this device was seen with a fingerprint scanner on the back and we know it will have a Snapdragon 662 chipset. Other leaks say 8GB RAM, 128 gigs of storage, and a 6.5” LCD with 90Hz refresh rate.

What we don’t know, and will finally learn at the event, is the price of this phone. Given the Realme 5i and Realme 6i, both were sold in Indonesia for the equivalent of $140, we expect the Realme 7i to pursue a similar price point.