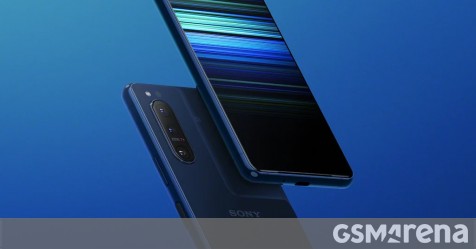 The Sony Xperia 5 II burst onto the scene earlier today – it repackages the Xperia 1 II hardware into a smaller body while improving some areas like the screen, which now supports 120 Hz refresh rate and 240 Hz touch sampling rate.

120 Hz is the future of gaming with multiple titles for the next gen consoles (like the PS5) having announced support already. The phone also comes with game-centric features that block out distractions, ensure consistent performance and allow you to record voice commentary while you go.

The next clip offers a more general look at the new Sony flagship. Gaming aside, the phone cares deeply about video quality – both when recording and when playing video. It’s an audiophile’s phone too, with 3.5 mm headphone jack that promises better L/R channel separation than what most USB-C headphones achieve.

Speaking of music, you can enjoy Hi Res audio whether you use wired headphones or go wireless. And when you disconnect the headphones, the Mark Two still has front-facing stereo speakers for music and video.

Sony is a big name in the movie industry, it even owns a studio. It enabled Creator Mode on the 6.1” HDR display to ensure the image you’re seeing is the one that the movie’s director wanted you to see. It’s a 21:9 panel to boot, allowing it to fit cinematic content without letterboxing.

What if you want to be the one behind the camera? The Xperia 5 II has the right tools for the job – the Cinematography Pro app offers advanced manual controls. It can even capture 4K slow motion clips at 120 fps.

If still photography is more your speed, that is handled too. The phone borrows tech from the Sony Alpha team to power its triple 12 MP camera with ZEISS optics. Once again, manual controls are available in the bespoke Photography Pro app with features like Eye AF (humans and animals), 20 fps continuous shooting with AF/AE and Bionz X image processing. The main 1/1.7” sensor boasts large 1.8 µm pixels optimized for low-light shooting.

Finally, a more in-depth look into the Sony Xperia 5 II is available in the official unboxing video below: