In Korean news, Samsung Electronics announces that it is going to produce a new film in 8K, entirely shot with this year’s Samsung Galaxy flagship phones. The Galaxy S20 Ultra and Galaxy Note20 Ultra will be shooting the new film called “Untact” in 8K resolution. 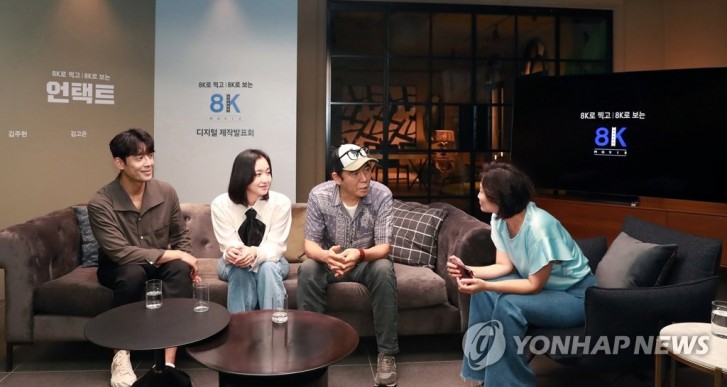 According to Samsung, some special scenes might use new equipment. The project is meant to promote Samsung’s flagships and their ability to record video in 8K resolution.

Samsung is going to open two 8K theathers in Seoul next month where it will hold small showings of the film on its QLED 8K TVs. A reservation system will accommodate low-person showings. The film will eventually be available to stream via YouTube.

In the photo above, actors Kim Ju-hun and Kim Go-eun sit with director Kim Jee-woon in an event to announce the production of the film.