The Samsung Galaxy Z Fold2 announced earlier this month is going on sale in major markets worldwide, which include the US, UK, Singapore, Thailand, France, and a bunch of other countries in Europe.

The Galaxy Z Fold2 is Samsung’s fourth foldable smartphone and it packs two screens – a 7.6″ 120Hz foldable AMOLED display, and a 6.23″ secondary screen on the outer cover.

For photography, the Galaxy Z Fold2 comes with a total of five cameras – three 12MP units (primary + telephoto + ultrawide) on the back cover, one 10MP selfie camera punched into the cover screen, and another 10MP unit sitting inside the right half of the foldable display. 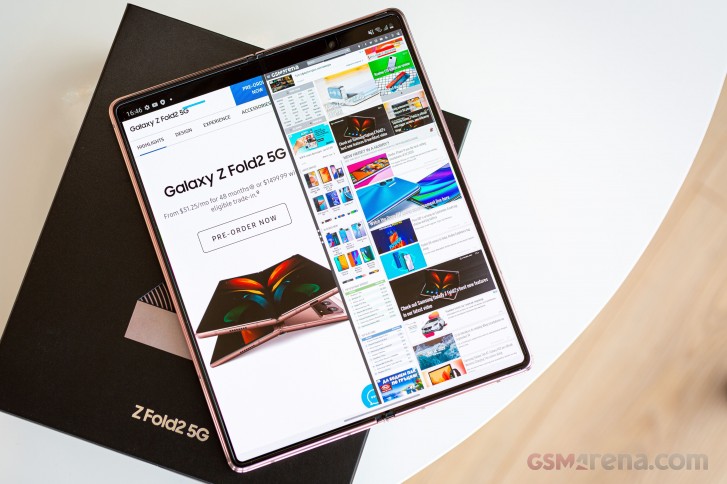 The Galaxy Z Fold2 features a side-mounted fingerprint reader, and fueling the entire package is a 4,500 mAh battery that draws power through a USB-C port at up to 25W.

You can read our detailed written review of the Samsung Galaxy Z Fold2 to learn all about it, or watch the video review attached below.