Samsung announced the Galaxy Tab Active 2 rugged tablet back in October 2017, and the company will soon follow up with its successor – the Galaxy Tab Active 3. The tablet has already bagged Bluetooth SIG certification, and thanks to Safety Korea and Geekbench, we know a few of its specs already: an Exynos 9810 SoC, 4GB RAM, and a 5,050 mAh battery.

A live image of the tablet also revealed it will come with three physical buttons on the front. Now the entire specs sheet of the Galaxy Tab Active 3 has leaked, that paints a clearer picture of the rugged tablet. 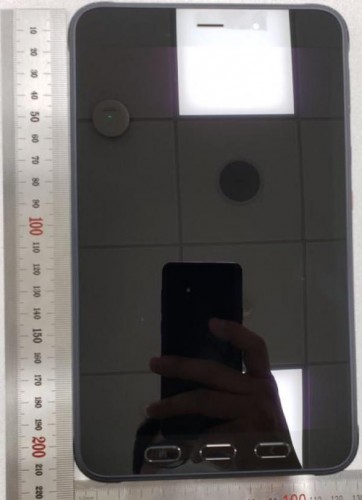 The Galaxy Tab Active 3 will pack an 8″ LCD of 1920×1200 pixel resolution, boot to Android 10, and have two storage options – 64GB and 128GB. The tablet will feature a 13MP primary camera on the back and sport a 5MP unit on the front for selfies and video calls.

The Exynos 9810-powered tablet will have Bluetooth 5.0 for wireless connectivity, and there will be an S Pen stylus available as well with remote control support. The tablet will be MIL-STD-810 certified, meaning it can handle extreme conditions. And we presume it will have an IP68 rating as well since its predecessor did.

The Galaxy Tab Active 3 will have LTE and Wi-Fi only versions. There’s no word from Samsung about this rugged tablet yet, but we expect to hear more about it in the coming weeks.