The Realme Watch was announced in May, and earlier this month, the company said it will launch the Watch S Pro in Q4 2020 with a circular AMOLED screen. Now we learn there’s a non-Pro version as well, sporting model designation RMA207, that has bagged FCC certification.

The FCC listing includes a schematic of the Realme Watch S, which confirms the smartwatch will pack a 390 mAh battery and come with an IP68 rating. There are also heart rate and SpO2 sensors on the back joined by the charging connectors, but their arrangement is different from the one we’ve seen on the Pro model. However, like the Watch S Pro, the Watch S has two buttons on its right side. 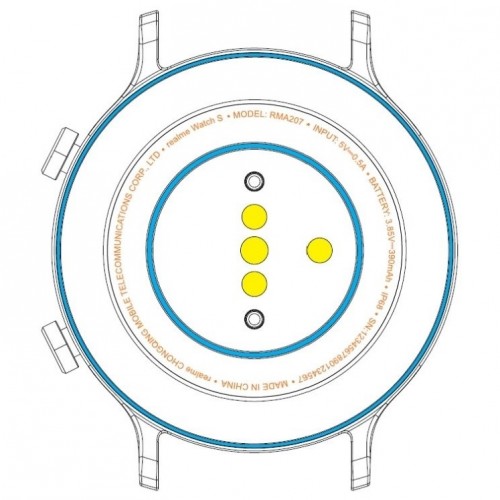 In addition to FCC, the Realme Watch S has also been certified by Malaysia’s SIRIM and Russia’s EEC, so we expect the smartwatch to go official sometime in October. The rest of the specs of the Watch S are still a mystery right now, but we do know quite a bit about the Pro version. 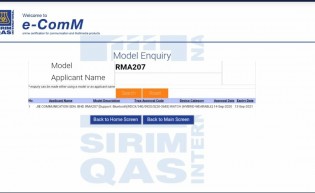 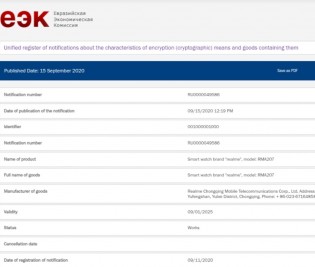 Realme Watch S has been certified by SIRIM and EEC

The Realme Watch S Pro, bearing model code RMA186, will sport a 1.39″ AMOLED screen of 454×454 pixels and pack a 420 mAh battery. It will weigh 63.5 grams with the straps and come with GPS and GLONASS support for positioning.

The Watch S Pro will come with an SpO2 sensor and a heart rate sensor, and there will also be an ambient light sensor for automatic brightness adjustment.