The OnePlus 7T launched In October of last year. It came with the Snapdragon 855 chipset, and an updated design. The OnePlus 8 and 8 Pro went on to succeed the 7T and 7T Pro when it launched back in April. Based on OnePlus’ launch cycles over the last few years, we are expecting OnePlus to soon announce the OnePlus 8T refresh model.

As the OnePlus 7T reaches the end of its life cycle, OnePlus is celebrating the success of the 7T by launching a white edition of the phone in China. This special edition 7T is arriving with a white back panel with a smooth finish and a shiny silver frame.

We anticipate that OnePlus might be towards the end of its production run with the 7T and releasing a special edition would be a great way to deplete the company’s stock. There doesn’t seem to be anything different on the new edition other than the white finish. 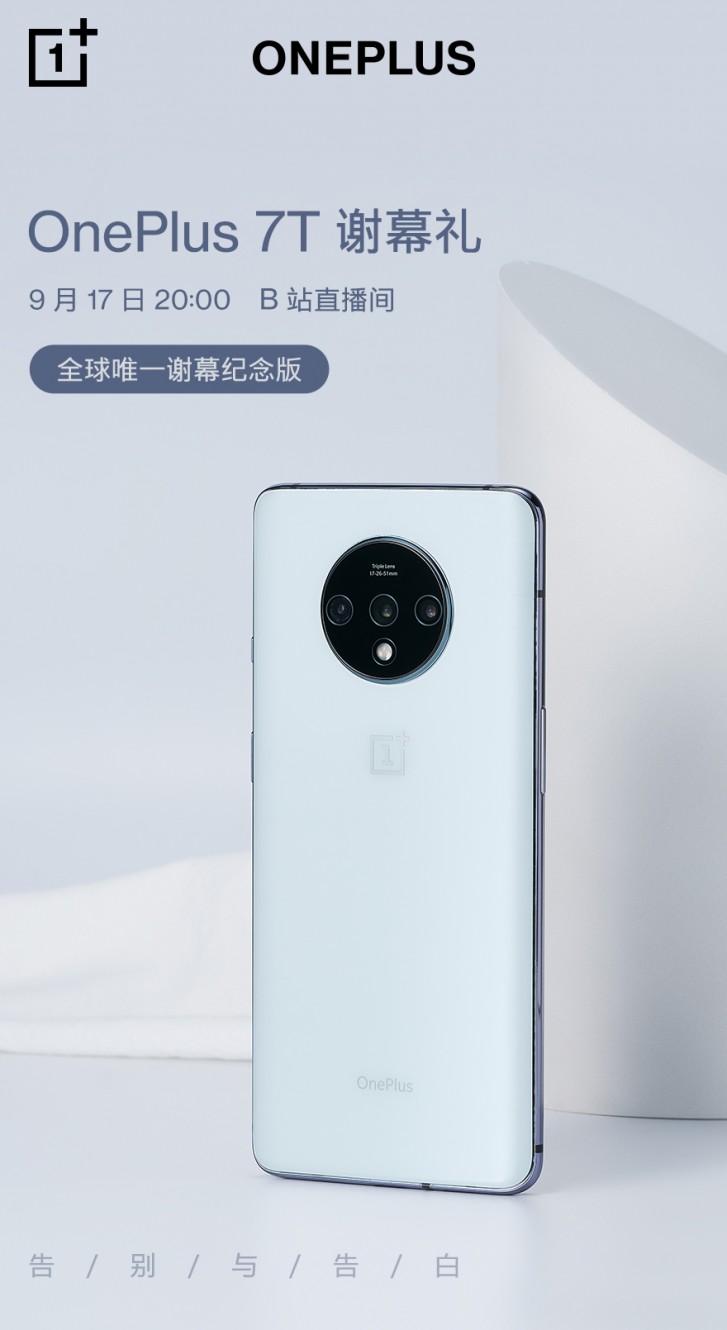 There’s no word on whether the phone will launch outside of China, and even if you wanted to import one, keep in mind the Chinese variants run the China-specific Hydrogen OS Android skin.