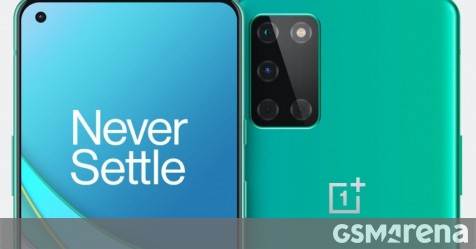 OnePlus has officially confirmed that it’s announcing the 8T at an online event on October 14, just as was rumored (and then revealed by Amazon India). Multiple sources have so far claimed that there won’t be a OnePlus 8T Pro this year, just the 8T, so with that in mind you may be wondering how much it’s going to cost.

And to that, all we can say is – OnePlus has done it again. At least according to a tipster over on Twitter, the OnePlus 8T will be exactly $100 or €100 more expensive than the OnePlus 8 was when it launched.

The OnePlus 8 launched at $699 / €699, and is currently €50 off in Europe. If you’re wondering what the 8T may be packing to justify that price hike, according to the rumors we’ve heard so far, we’re talking a flat display with 120 Hz refresh rate (still FHD+ though), faster 65W charging, the Snapdragon 865+, a slightly bigger 4,500 mAh battery, and perhaps an improved main 48 MP camera. The resolution stays the same, but some rumors claimed it might use the sensor from the OnePlus 8 Pro.

That’s about it. Obviously, the OnePlus 8T is expected to launch running Android 11 out of the box, but that will also be headed as an update to the previous generation in due course. Let us know in the comments what you feel about OnePlus’ never-ending price creep, which just keeps on keeping on, as they say.