It certainly took a while, but HMD is finally ready to release its first 5G smartphone. Meanwhile, the company unveiled two entry-level models for the budget-conscious.

The Nokia 8.3 5G is HMD’s first 5G smartphone – a phone that was announced half a year ago, but its launch got delayed. The wait is almost over, though, it will be available tomorrow in the US (September 23) on Amazon at a price of $700 for the 8/128 GB configuration. Best Buy will also have it in stock a few weeks from now. 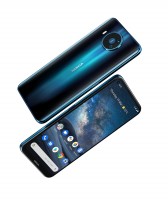 It seems that the phone will finally be available in Europe as well, though that wasn’t part of the official announcement. Looking at a Belgian retailer, it will also have units available tomorrow for €580. In Switzerland, it will debut on September 28 at CHF 650.

In case you missed it, the Nokia 8.3 will star in the upcoming Bond film No Time to Die. Anyway, next up is a pair of entry-level Android phones.

The Nokia 3.4 is powered by the Snapdragon 460 chipset with an octa-core CPU – HMD says its CPU is 70% faster than Nokia 3.2’s quad-core processor. It runs Android 10 now and is ready to make the jump to Android 11 in the future. The handset is equipped with 3GB of RAM and 64GB storage and supports microSD cards up to 512GB.

The display is slightly bigger than its predecessor and the 6.39” LCD now has a punch hole for the selfie camera. The panel has 720p+ resolution (19.5:9) and can put out 400 nits of brightness. That selfie cam has an 8 MP sensor inside. 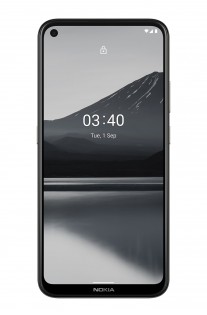 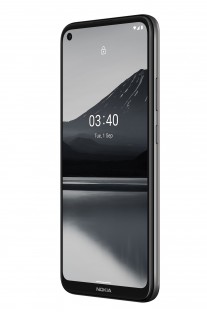 On the rear we find a 13MP main camera alongside a 5MP ultrawide cam and a 2MP depth sensor. Also here is a fingerprint reader, though you can use face unlock if you prefer.

On the connectivity side there’s a Type-C port (USB 2.0). You only get a 5W charger in the box to fill up to 4,000 mAh battery, but the phone supports 10W chargers if you have one. There’s also a 3.5 mm headphone jack and an FM radio receiver, along with aptX Adaptive support if you want use wireless headphones.

The Nokia 3.4 will be available in Charcoal.

The phone is powered by the MediaTek Helio P22 chipset, which is similar to the A22 found in last year’s Nokia 2.3 though now with an octa-core CPU. It’s paired with 2GB of RAM and 32 GB storage and there’s a dedicated microSD slot even on the dual SIM versions of the 2.4. 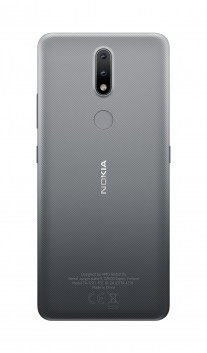 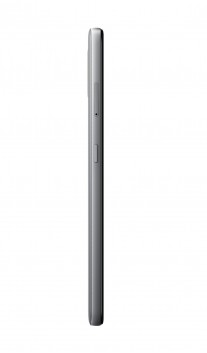 Like its sibling, the phone comes with Android 10 out of the box and will be updated to version 11. HMD didn’t give a time frame for the update, but it does promise 2 years of OS updates and another year of security patches.

The back houses a 13MP main camera and its less useful friend, the 2MP depth sensor. The 5MP selfie camera is in a teardrop notch. 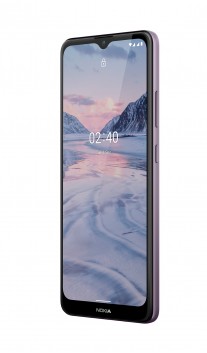 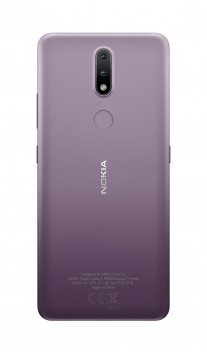 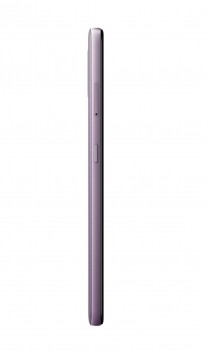 There’s a fingerprint reader on the back, an upgrade from the Nokia 2.3. Another upgrade is the NFC support. As before, the phone has a 3.5 mm headphone jack and FM radio.

The Nokia 2.4 will be available in Dusk (purple) and Charcoal.

HMD also announced that it’s bringing the Nokia Power Earbuds to the US. These aren’t new, in fact we’ve already reviewed them, but they are still impressive with the massive 3,000 mAh power cell inside the charging case. Each bud can last 5 hours of non-stop playback but the total listening time goes to a whopping 150 hours with the case. 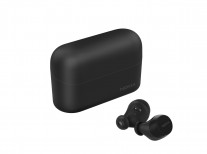 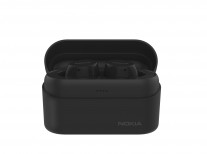 These are also IPX7 water resistant, meaning not only that they are not afraid of rain they can spend 30 minutes under a meter (3 ft) of water. Still, these aren’t swimproof.