Samsung has begun seeding its latest software update for the Galaxy S20 series series in Europe. It focuses on improving camera performance and also brings the usual security fixes. It comes with the G98xxXXU4BTIB build number and weighs in at just over 350 MB. 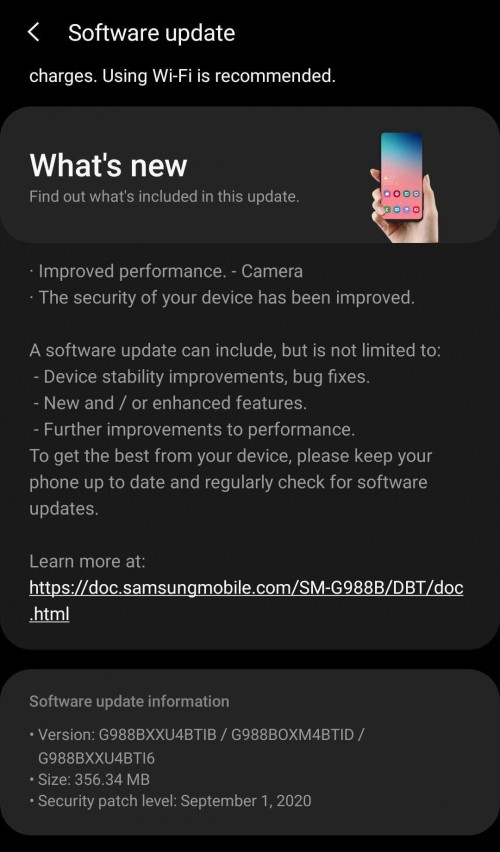 For now, the update is limited to Europe with reports from Germany claiming it’s already available across all three flagship Galaxy S20 members. It remains to be seen what exactly the camera improvements will be but according to some reports, it’s about smoothing out the bugs in the new camera modes introduced with the One UI 2.5 update.