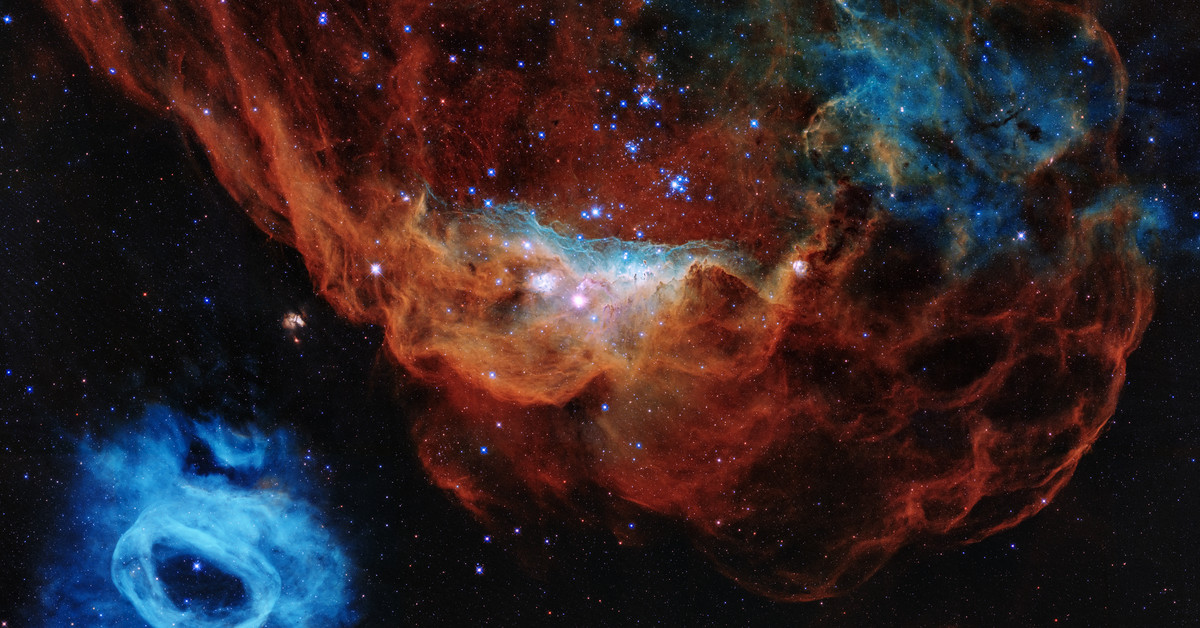 Happy Birthday Hubble! To celebrate the telescope’s three decades in space, the team of researchers behind the Hubble have released an amazing new image of two nebulas in the Large Magellenic Cloud, a smaller galaxy about 163,000 light-years from our Milky Way.

“It’s Hubble’s exquisite vision from its orbit above Earth’s atmosphere that gives us the ability to get a clear glimpse of this kind of incredible beauty and activity.” Jennifer Wiseman, Hubble Senior Project Scientist said in a video made to accompany the image’s release.

But 30 years ago, when it launched, the telescope wasn’t in great shape. “A tiny imperfection in the mirror meant that all of the images it took were fuzzy and out of focus, and it took five separate repair missions to get it to the excellent shape it’s in today.” Sean O’Kane wrote for the Hubble’s 25th anniversary.

“It was revolutionary to launch such a large telescope 30 years ago, and this astronomy powerhouse is still delivering revolutionary science today.” Thomas Zurbuchen, associate administrator for science at NASA said in a statement. “Its spectacular images have captured the imagination for decades, and will continue to inspire humanity for years to come.”