Huawei is gearing up to update its Nova line with the Nova 8 series. So far details on the new line have been sparse but now we have our first major leak – four Nova 8 phones were spotted on Chinese regulatory body TENAA. Codenamed HJC-AN00, HJC-TN00, JSC-AN00 and JSC-TN00, the four members of the Nova 8 series will all support 5G connectivity as well as the GSM, CDMA and LTE standards. 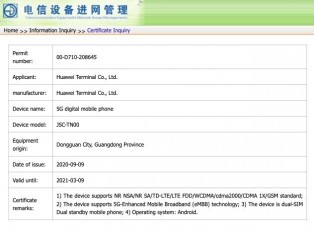 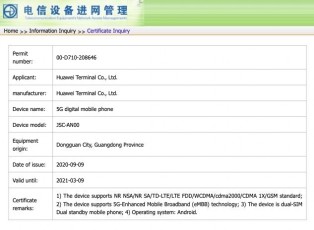 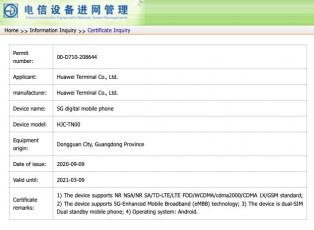 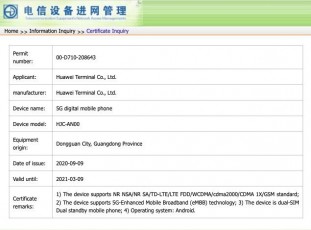 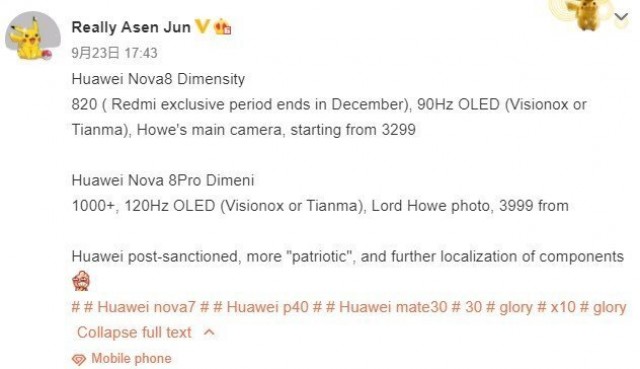