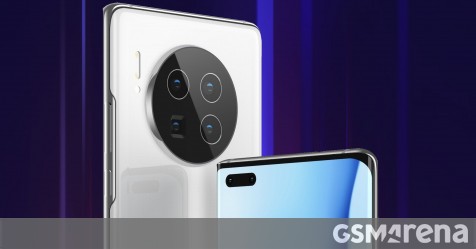 The new Huawei Mate 40 phones will be unveiled soon – interestingly, this news comes from the Huawei Mobile UK Twitter account. This is unexpected as just a couple of days ago we heard that a rumor the next-gen flagships won’t come to Europe until 2021.

That is still the case, most likely. Leakster Roland Quandt reports that the phones will be unveiled in a live stream currently scheduled for mid-October. That would be for the Chinese market mainly, but the tweet is proof that Huawei hasn’t given up on trying to launch its top phones in Europe, even if it takes longer than usual.

We’ve got some exciting news for you…
The next-generation #HuaweiMate is coming soon – Stay tuned! 1/2 pic.twitter.com/6QGgZFz1zJ

Sources from inside Huawei are reportedly claiming that the Kirin 9000 that will power the Huawei Mate 40 Pro will be the first 5nm chipset with an integrated 5G modem. While Apple unveiled the first 5nm chip yesterday, its designs rely on an external modem.

Note that some leaks claim that the Kirin 9000 will be used by the Mate 40 Pro and Pro+ while the vanilla Mate 40 will have to settle for a pared-down chip called Kirin 9000E. Whatever chipsets Huawei has received so far are all that it will get as TSMC stopped shipments yesterday due to US sanctions.