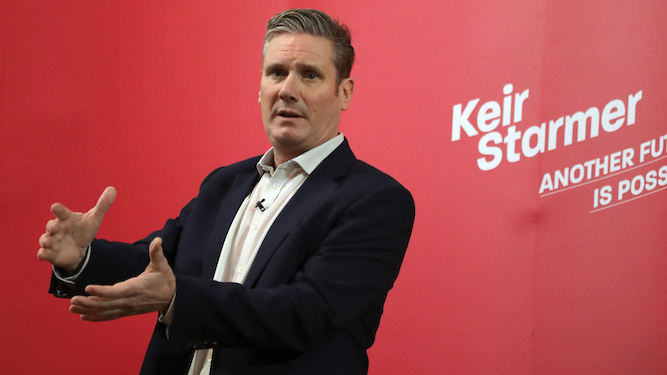 He likes the colour red

Given Starmer’s new enthusiasm for patriotism, anyone listening to his speeches could be forgiven for thinking they were listening to a hardcore Brexiter. If you’re confused, look for red as a sign you aren’t accidentally watching the Conservative party conference.

He’s not in power

Whilst Starmer has started saying things that could feasibly have come from the mouth of Boris Johnson, he doesn’t actually get to make any decisions. Which is unfortunate because if we’re going to slide ever further into hell, it would be nice not to be led there by a straw-haired clown.

The majority of Labour MPs come over as tolerably normal people, rather than raging narcissistic nutbags convinced that by opposing the EU they fought at Agincourt, Waterloo and the Battle of Britain. However, he does keep a few Corbynites on staff, just for the contrast.

Although Sir Keir is now pretending to be totally cool with Brexit he still feels there are serious issues with its execution, like a traitor would. Red Wall voters, who care about Brexit to the exclusion of all other issues according to journalists who’ve neither met them or visited their towns, should be cautious.

Tories will bang on about Jeremy Corbyn for the next century until he’s no more than a terrifying fable to scare children with. But Starmer would prefer you to forget he ever existed alongside other things often associated with Labour, like socialism.