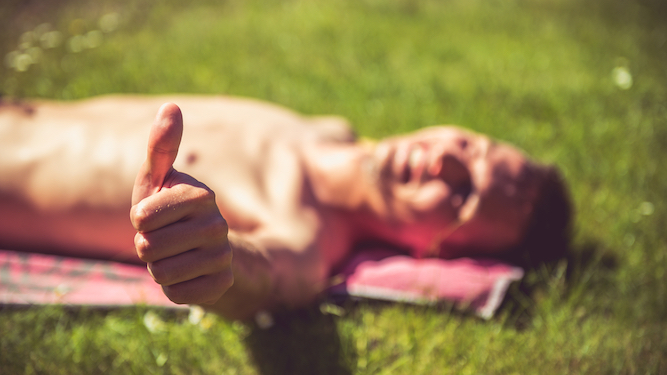 BORIS Johnson is – supposedly – the prime minister. But is the entire thing just a hoax played on a guillible country? These are the clues:

‘BoJo’, as some know him, followed the election with a long break in Mustique, then spent ten days off in the country before Brexit, and is now holed up in Chequers for a month. Is he resting, as actors do, while planning how next to lead us up the garden path?

The Tory leader has never truly convinced much of the British public and Europe saw straight through him. Even the Italians, who elected a comedian, hung up on him every time he called, dismissing him as a Lithuanian radio DJ making an unfunny prank call.

Doesn’t really do anything

Like another character once beloved of Britain, Mr Blobby, Boris comes in, says his catchphrases, staggers around breaking things and once had a novelty Christmas number one. But he doesn’t actually do anything per se.

The porky scarecrow off Have I Got News For You, prime minister? A hardcore Brexiter who wrote a column about how bad Brexit would be then sent in the opposite one? A stumbling, philandering clown? Come off it.

It would be funny

We Brits like a laugh more than anyone. And let’s face it, it would be f**king hilarious.