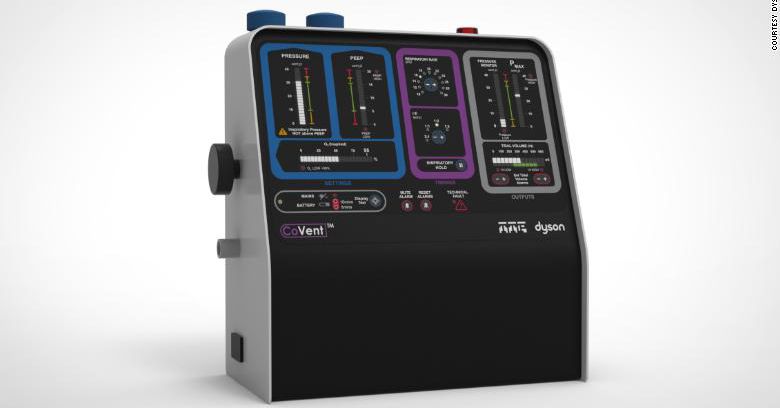 After spending about $25 million on the project, British technology company Dyson says the UK government doesn’t need the ventilator it developed to help treat COVID-19 patients, Reuters reported. The company, best known for its vacuum cleaners, said last month it had an order from the UK government for 10,000 of the breathing machines and developed one it called the CoVent.

Dyson was awaiting regulatory approval for the design of the CoVent, reportedly built in 10 days using the company’s existing motor technology. The bed-mounted, portable ventilator is able to run on battery power if necessary.

Ventilators are needed to treat critically ill COVID-19 patients, many of whom suffer from severe respiratory symptoms. Other companies— including GM, Ford, and Tesla—shifted to developing ventilators over the past several weeks as demand for the devices increased.

James Dyson, the company founder, said he did not regret the time and resources put into the ventilator effort. “Mercifully they are not required,” he said in a statement adding, “I have some hope that our ventilator may yet help the response in other countries, but that requires further time and investigation.”