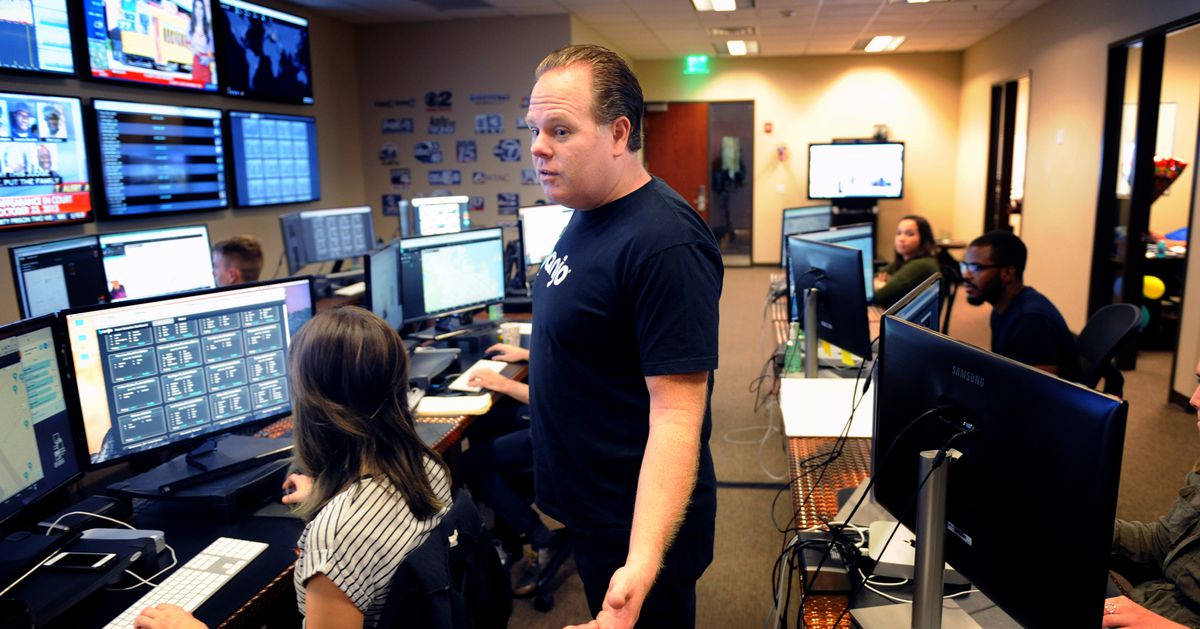 On June 9th, 1990, a young Damien Patton took part in a drive-by shooting against the West End Synagogue in Nashville, Tennessee, alongside a leading member of the Klu Klux Klan. Nobody was injured, but the event sent Patton on the run from the authorities. A year later he enlisted in the Navy, later becoming a NASCAR mechanic, a crime scene investigator, and finally, a Silicon Valley founder.

Today, the Medium publication OneZero published an exposé of the full history of Patton’s racist past. Due to an FBI agent’s spelling error, Patton’s youthful history with the Dixie Knights of the Ku Klux Klan went unreported for a decade.

Patton started the social media surveillance company Banjo a decade ago. The company has since received $100 million in funding from Softbank. It also maintains a lucrative contract with the state of Utah, where it uses public data to aid law enforcement. Banjo’s 2015 series C round from Softbank allowed the company to hire more data scientists and engineers, after its series B helped the company pivot from a social discovery app to a surveillance tool used by law enforcement.

OneZero’s story was based on court documents that had Patton himself testifying before a grand jury about the events of June 9th. Reporter Matt Stroud’s story goes into detail about who Patton was socializing with as a 17-year-old — a prominent member in the racist Christian Identity movement, and Leonard William Armstrong, the Grand Dragon of the Tennessee White Knights — and the piece features weapon purchases, paramilitary training camps, anti-Semitic hate crimes, and fleeing federal authorities. When he was 18, Patton enlisted in the Navy — where he continued, by his own admission, to associate with skinheads.

When contacted by OneZero in the course of reporting, Patton provided an apology to OneZero and to The Verge through a spokesperson, which mentioned that he’d gone through childhood abuse and homelessness. “One thing I have done, through therapy and outreach, I have learned to forgive that 15 year old boy who, despite the absence of ideological hate, was lured into a dark and evil world,” it reads in part. “For all of those I have hurt, and that this revelation will hurt, I’m sorry. No apology will undo what I have done.”

While the events Stroud describes took place in the late ’80s and early ’90s, the questions he raises about artificial intelligence being biased by its creators are still extremely relevant today, amid a rising tide of nativism, anti-Semitism, and racism. “Privacy experts have highlighted concerns about hidden racial biases in the types of A.I. systems that Banjo employs,” Stroud wrote. “Deeply held beliefs can be intentionally or unintentionally baked into algorithms with real-world consequences.”

Banjo primarily operates in Utah, where, according to The Salt Lake Tribune, the company is “building a massive real time surveillance system.” That report, authored last month, also notes that Patton has continually declined interview requests from the news media, hasn’t said what data is being collected, and has not disclosed how many police departments are participating. Shortly after OneZero’s story broke, The Salt Lake Tribune reported that the state’s office of the attorney general would suspend its use of Banjo in light of Patton’s past.