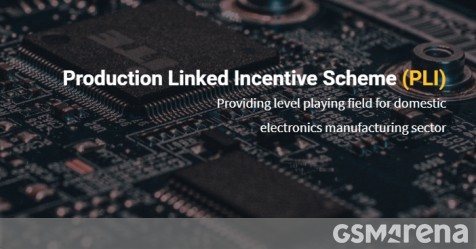 Samsung, Apple suppliers Foxconn, Wistron and Pegatron, and local smartphone makers Micromax and Lava are among the companies that have applied for India’s Production-Linked Incentive Scheme (PLI). Totaling $6.6 billion, the program aims to encourage smartphone and electronics components production in the country.

A total of 22 companies have filed their application under the PLI Scheme. These companies will produce mobile phones and components worth Rs 11.5 lakh crore in the coming 5 years out of which products worth Rs 7 lakh crore will be exported. pic.twitter.com/3yUky3HkOC

22 companies in the smartphone manufacturing field have submitted applications for the incentive scheme with Chinese makers under the BBK wing (Oppo, OnePlus, Realme, vivo) missing from the list.

An estimated $153 billion worth of smartphones and components are to be produced over the 5-year span of the program. Under the rules of the incentive, the manufacturers have agreed to export 60% of the products outside of India. 300,000 new jobs will be directly created in the process, with an additional 900,000 new jobs indirectly related.